In the position below you see the 3 pawn complex f4,e4,d4. White intends to push the e-pawn ahead to e5 to gain space and to stop the black kingside knight from going to its natural square f6.

SOLUTION: STOP the white e-pawn from moving ahead and play e5 yourself! 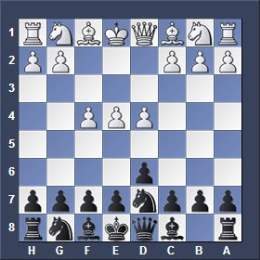 REASON: White has WEAKENED the diagonal a7-g1 because he played f4.

In the position below Black has to play c6, cxd in order to get his queen to b6. In this case the queen will control the long diagonal a7-g1 and STOPS White from castling for the time being. See below 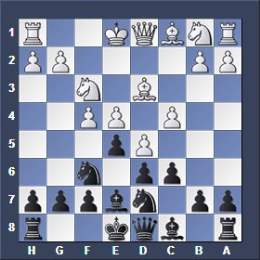 REASON: White intends to chase the knight with h3, then play Be3, and castle after that. 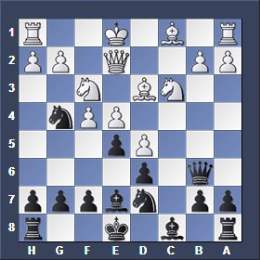 Black trades pawns exf to free the important center square e5. He wants to use this square for his pieces. 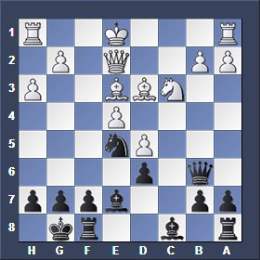 Black just captures the pawn b2 and plays Qxb2. If QxQ then NxB+ fork and Black wins.

This amazing move is possible only because Black has positioned his knight at e5! And the knight could go to e5 only because the square was freed by exf before. Think about that. This is deep chess.

Replay the game below. Turn the colors and study how Black handles the game. You are playing the black pieces, remember? So study this game as your opponents will play the three pawn complex sooner or later against you.

HINT: As Black: Don’t play 2…Nbd7 first (as shown in the game below), but play first 2…Nf6 because White can play 3.Bc4 followed by Nf3 then Ng5 aiming at f7 which can lead to a bad game for Black.