The Poisoned Pawn Variation is a sideline of the Najdorf Variation and played by Black. He captures the b-pawn with his queen right in the opening and this leads to an aggressive and a very complicated game. This variation was played by Garry Kasparov as Black with success several times. You can replay the games below.

Read more about the Poisoned Pawn Variation at Wikipedia

Black has captured the “Poisoned Pawn” at b2 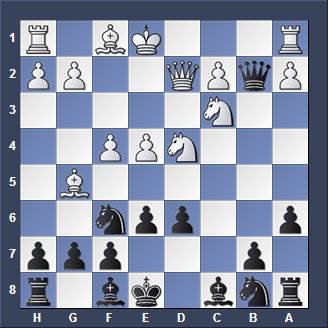 In some games White does not sacrifice the pawn. I included these to show you how the game continues in this case.