I will explain to you how to move the Queen Chess Piece correctly. Look at the chess diagrams below. At the position it is White’s move. The white Queen can move on diagnonals forth an back like a bishop and can move up and down and sideways like a rook. 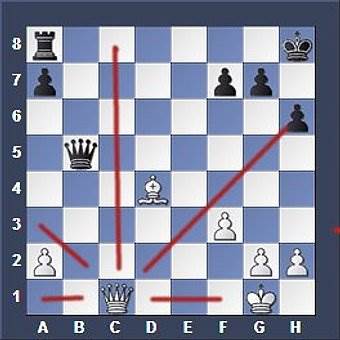 In the chess position above the white queen can capture the pawn on h6 and gives a check at the same time! Qxh6+
Why can’t the black g-pawn capture the queen?

The black g-pawn is pinned by the white bishop. If the g-pawn would move to capture the queen then this would expose the king to the bishop. This would be an illegal move.

After Qxh6+ the king must move to g8 and then you play Qxg7 and the queen gives checkmate. The king can’t capture the queen because it is protected by the bishop. 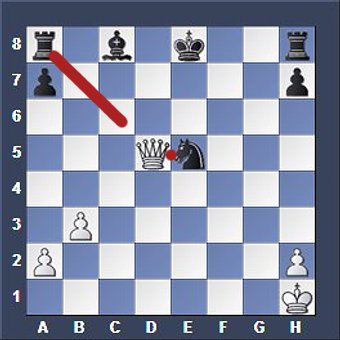 The queen can capture the black rook in the corner on a8 winning a rook for nothing.

Or the queen can take the knight at e5 and gives a check AND attacks the rook at h8 at the same time. This would be called a double attack as the queen attacks king and rook. King must move and then queen captures rook and it appears that White has won two pieces, a knight and a rook.
But is this really advisable?
No, because if queen captures the rook at h8 then bishop gives a check on b7 and attacks the queen on h8 at the same time. White king must move and rook captures the queen. This would lose the queen and Black wins easily with his remaining pieces!!!
(See position below) 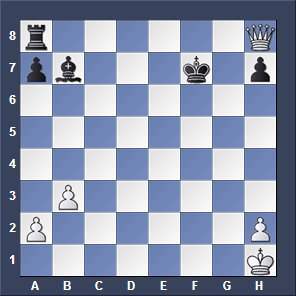 Always look ahead when playing chess and be attentive or you will fall into traps like this one above.