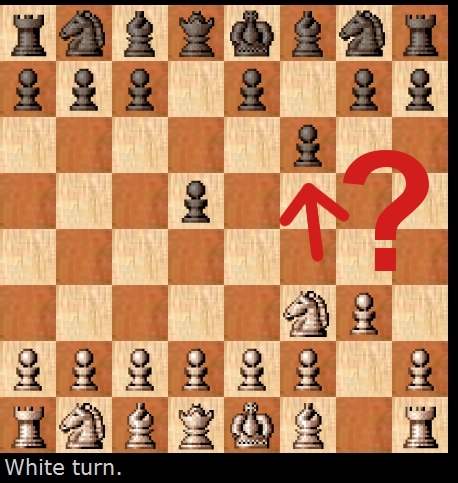 As you can see above Battlechess as Black moved the f-pawn to f6. This is a very bad move because it weakens the black kingside and this makes the black king vulnerable.

Furthermore the black kingside knight can’t move to its natural square f6 anymore. Where can it go? It probably has to move to e7 sooner or later and this might obstruct the kingside bishop. However the piece coordination of the black pieces is severly disturbed and this might lead to a bad position later on. 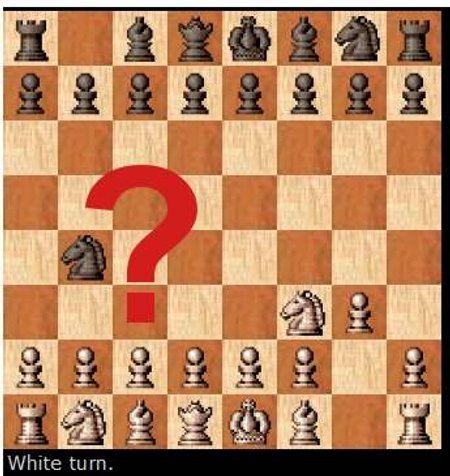 In the position above Black has developed the wrong knight. He should get out the kingside knight first and not the queenside knight to be able to castle quickly.

Secondly he has moved the knight TWICE and this loses valuable DEVELOPMENT TIME. This knight is not dangerous at all and it sooner or later will get chased away as White develops his position further.

One piece can not do much. You need the whole army to achieve something. So develop first the kingside, castle early and then get the other pieces out into the center.

BACK to – Play Chess