If yopu want to get better at chess you should understand this game of chess very well. Every move follows a chess principle and achieves a goal.

Black has to make a decision here. What should he play? Is there a way how he can change the white pawn structure in his favour? Can he create weak pawns in White’s camp? …NxNc3! This move creates two pawn islands at the queenside. The white a-pawn is weak and the c-pawn is weak now. White has two pawn islands now at the queenside, the a-pawn and the c-pawn. Black has only one island, the a- and b-pawn complex. These pawns are still united and not isolated. Remember: so more pawn islands you have, so weaker is your position, if other pieces are equally well positioned. We just consider the pawn structure here which will guide our piece moves in the future.

Black moves. Think about capture moves first. The question is whether Black should capture or not. If you capture the pawn White will recapture with the c-pawn to get rid of his weakness on c3. BUT what does Black get in return? Black get the open c-file for his rook. AND White still has two pawn islands because the d-pawn is weak. In other words, the weak pawn moved from c3 to d4 and becomes an isolated pawn on d4. (Isolani). This means the pawn structrure from White did not improve BUT Black does control the c-file now. 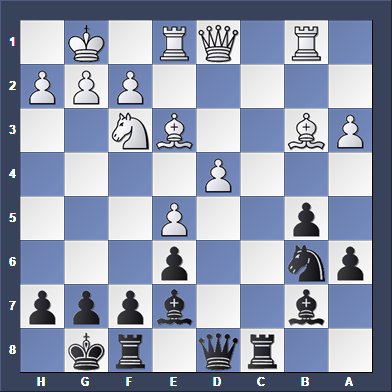 Black moves. Which is the worst placed piece? It is the knight on b6. It has to move and improve itself. Nc4! Attacking a bishop on e3 AND attacking the a-pawn twice. White must trade a bishop for a knight which in goog for Black AND White develops the black rook which attacks now the weak d-pawn AND Black can double rooks along the c-file. 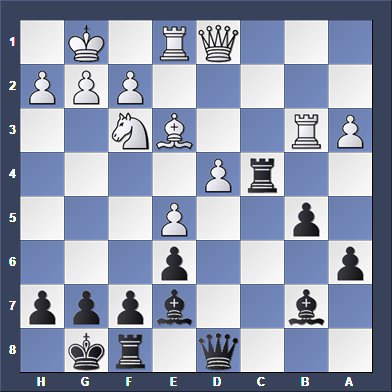 Black moves: A badly placed piece is the black rook on f8. It must move to the c-file to control the open file. Remember: Rooks must go to open files. Why can’t it go to the c-file? Because the queen is in the way. So the queen must move. Qd5! Controlling the long diagonal a8-h1 AND working together with the bishop! The brother-sister principle. Brother and sister are working together to reach a common goal. The queen (brother) works together with the bishop (sister) to apply pressure to g2. 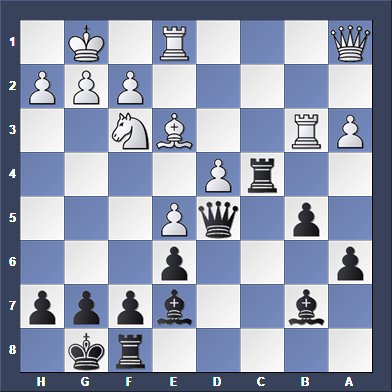 Black moves Rfc8 and doubles Rooks along the c-file. 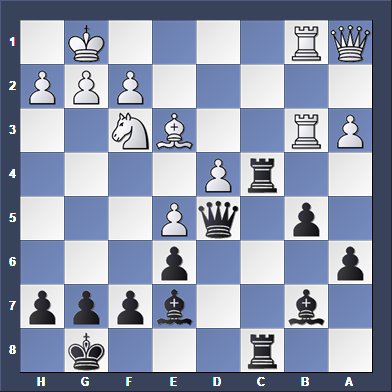 Black moves: The thematic pressure is applied to g2. What is next? Why can’t we hit g2? Because the knight is blocking the pressure. Black must get rid of the knight.

How can Black attack it? Let the pawns storm the kingside and drive away the knight! The pawns are the last remaining ressources. They are not working and are unemployed. Black does weaken his king when the pwans run BUT Black is the attacker and White cannot penetrate to the black king as his pieces are badly placed and Black’s attack is fast rolling. Everything is relative in chess. Got it? ..g5! 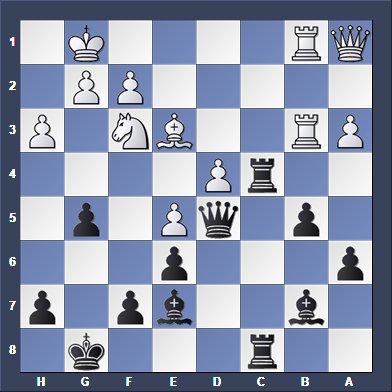 Black must be able to play g4 to chase the knight, so Black plays now ..h5! preparing g4! 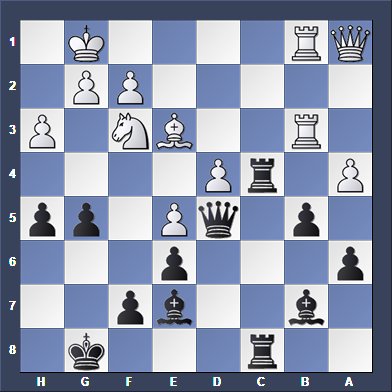 The last ressources (the pawns) are storming the kingside and blast away the blockade to enable the queen to penetrate into the White kingside especially to g2. White played a4, so watch out. Black answers b4 and creates a passed pawn at the queenside. Problem solved! 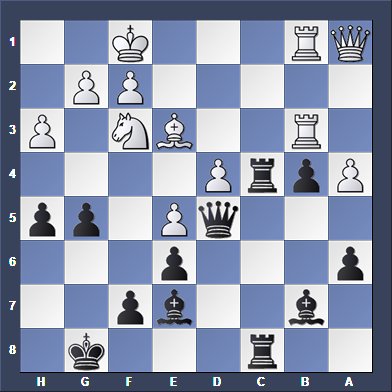 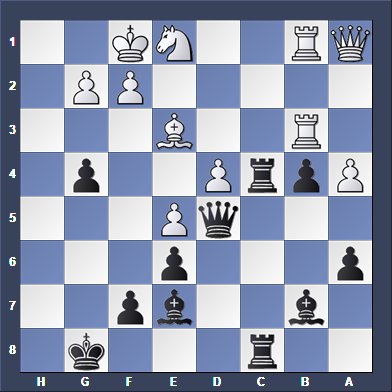 Pawns have been traded, so watch out. What happened? The h-file has been opened. Black must use it to penetrate into the white position. Qe4 intending Qh7. 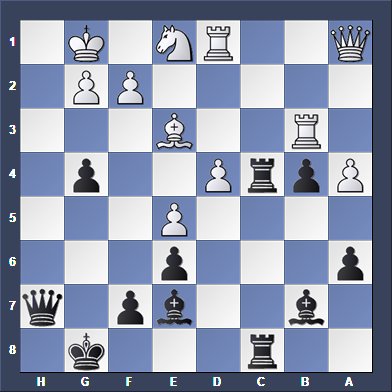 Black must be able to use the h-file with a rook to be able to penetrate with his queen. Why is this not possible? Because of the king. Get the king out of the way! Kg7! 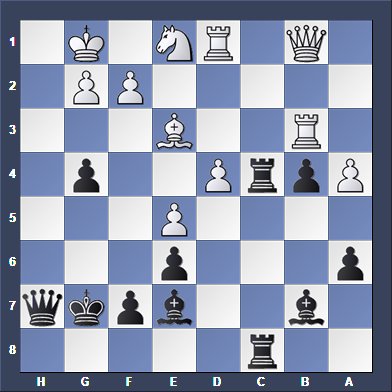 Watch it! White wants to trade queens with Qb1. You NEVER trade queens when you have a strong attack running! You need the queen to give checkmate later on! Be4! (stops the trade of queens) 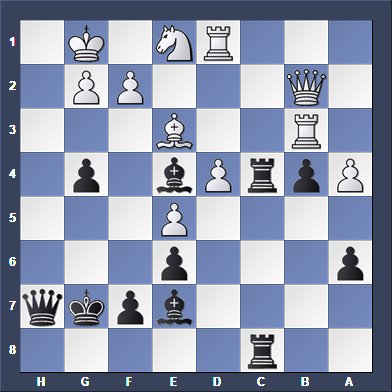 Black is winning as he doubles heavy pieces along the h-file and the attack is unstoppable! Rh8!