This is a basic chess endgame where you have a pawn and a king and the opponent has just a king. You are supposed to push the pawn to the last row and promote it into a queen.

After this you win easily by winning the game with the queen as the king finally gets checkmated. If you don’t know how to do this go back to the lessons before.

Memorize this key position below 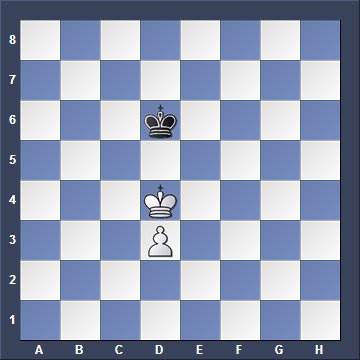 The king has to fight for space first, then you can follow up with the pawn.
If you push the pawn now it is a draw. 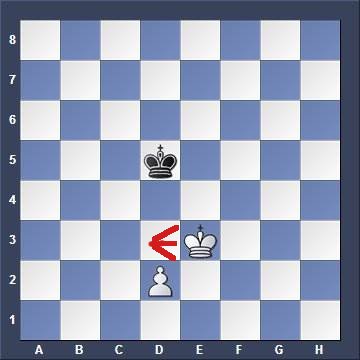 If you don’t go into Opposition (kings must stand opposite of each other) you will not win the game, because it will end in a stalemate. See position below. Black can’t make a legal move, so the game is a draw, which means, half a point each.

Black must move but can’t, it is stalemate! 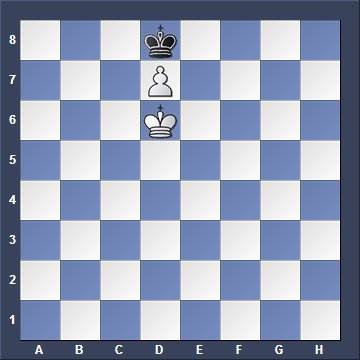 In positions like the one below you just go into the Opposition. You play Kd4! here. Don’t push the pawn as the king must be in front of the pawn until it reaches the six rank. 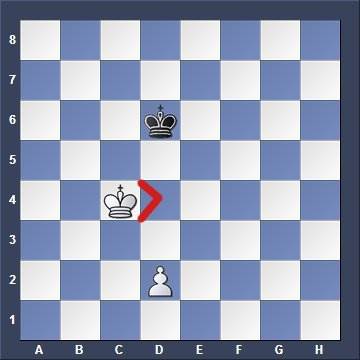 Move to the other side 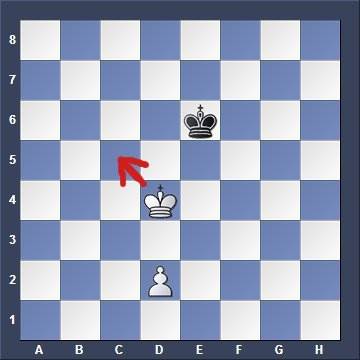